Dragonlance - The Heroes of the Chronicles

I love the old Dragonlance books. It's some of the first fantasy I read as a child, I've read them again as a grown up. And for a period in elementary school I read lots of Dragonlance series. I've always wanted this old set of pewter miniatures, from sometime back in the 80s.

I've seen the set go for insane amounts of money, when they are complete. I obviously never spend that amount of cash on miniatures, so I've collected them over many years. Getting an extra miniature here and there in job lots, aution bits and so on.

Over on the Discord Community, we have quarterly hobby challanges. One of them was to make something that had been in your pile of potential for a long time, so I went with these guys.

Looking at photos on the internet, old book covers and wikipedia articles, I've tried to hit the 'right' colors for all parts of the miniatures.

I'm glad to have these in the glass cabinet, despite them never going to see any action on a board. I made 2nd place in the hobby challange.

These are all done in army painter speed paint, with some prewashing in different washes. They've had some drybrushing and highlights after a layer of varnish.

Gave Goldmoon a blue crystal staff, because it's cool when magical. I wondered about the lute, but that comes from the very first pages in the first book at the inn in Solace. I can't recall her ever playing again. 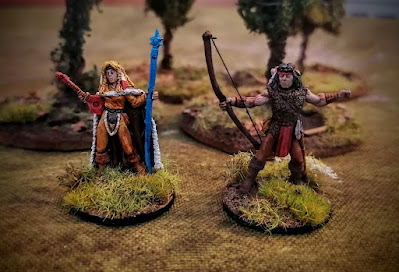 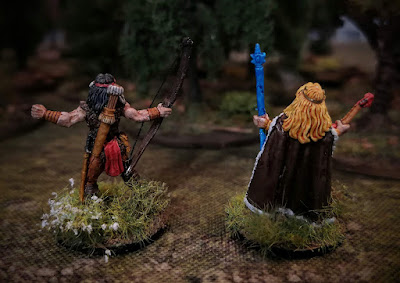 Tikka and Tasselhof
Tikka was easy to find on a front cover. Tasselholf is actually painted on multiple diffrent covers, so went for some colors that wasn't used on the other heroes. The sculpts is a bit weird, especially in the face. Tasselhof looks very grim and not childlike in the sculpting, that's a bit of a shame. 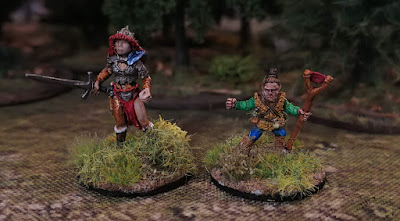 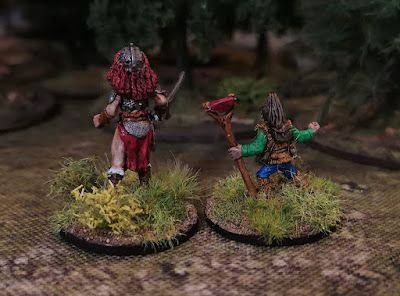 Flint is not depicted greatly in the old front pages, so I took more artistic freedom on him. Sturm is spot on from front covers. Sturm has a really nicely sculpted plate armor. That worked well with a gun metal, wash, silver drybrush. 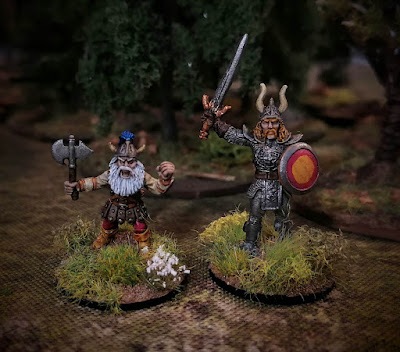 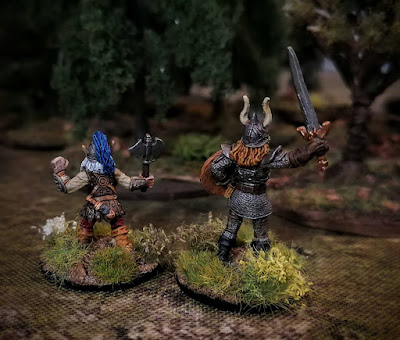 Laurana and Tanis
Laurana originally have a huge pewter dragonlance, but that has been lost. So the only conversion done is finding her a replacement. Since these are meant to be wielded from dragon back, I found a long high elf spear, I think it has a size fitting. 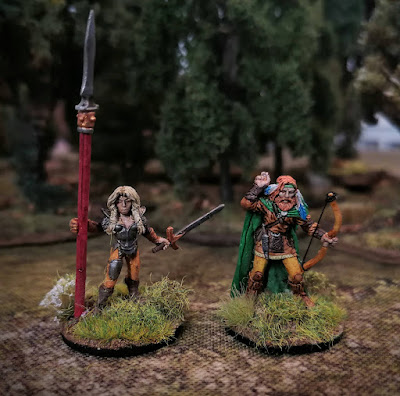 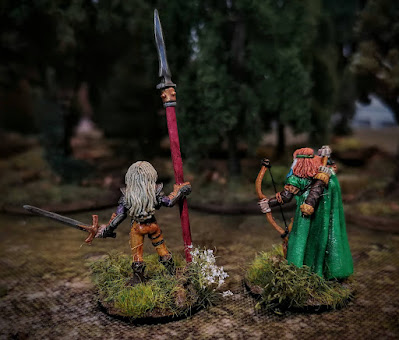 Caramon and Raistlin
The only thing I still find missing in this collection is a dublicate of the Raistlin miniature, I want to paint a black version of him as well at some point.
I had trouble finding a photo of the front of Caramons shield. So in the end I went with a cool red bull, I find it fitting for the character. It's part of the excellent series of decal sheets done by Wiegraff / Carthage Must Be Destroyed. 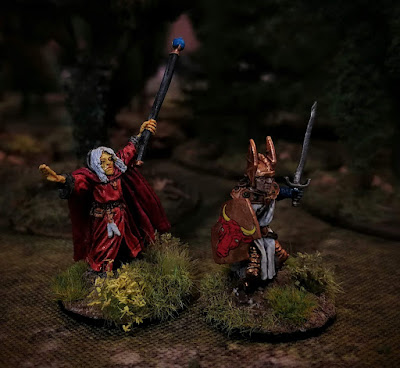 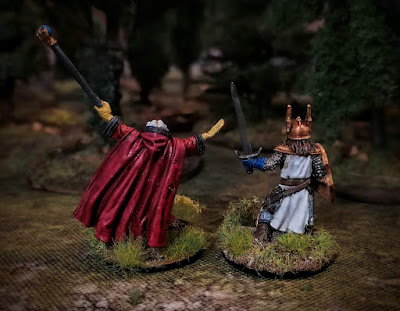 All the heroes together.