Time for some more Sludge. For Sludge I got myself one box of Wargames Atlantic french ww1 troops, because it had so many masked heads. I also got a buch of Napoleonics (for hats) and Perry knights for armor.

Shock Troopers are cool elite troops. They don't have bayonettes, they have melee weapons for storming trenches and can equip greanades. I decided to give them bear skin hats (and masks) to show their elite status.

They have more armor than regular line infantry. I used Perry knight bodies (armor on torso and legs), but used a knife to could the leg armor into pants. The shock troopers are not fully armored.

I assebled them with a mix of close combat weapons and carbine rifles. They carry the other set as gear.

Cloaks added as on all the army with toilet paper / super glue.

For story in the army, I've made sergeants on the command bases for the Line Infantry. These guys have the same gear as the Shock Troopers, to show that these can be put in command of line infantry. I used the ww1 frech sergent bodies for these (same defence as line infantry, so no armor plating on these).

I made the hats/helmets/masks. Cut the helmet part of the ww1 head (so only the mask and brim remain). Cut face of a french napoleon soldier. Glue together. 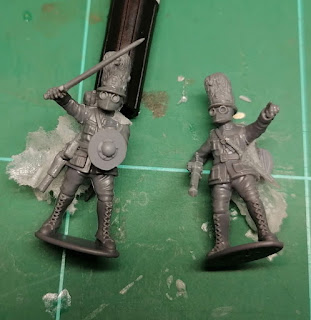 I went with the same color scheme for these. Yellow, grey, black, red. Heavy wash and drybrush. So all seems dirty, dusty, muddy. 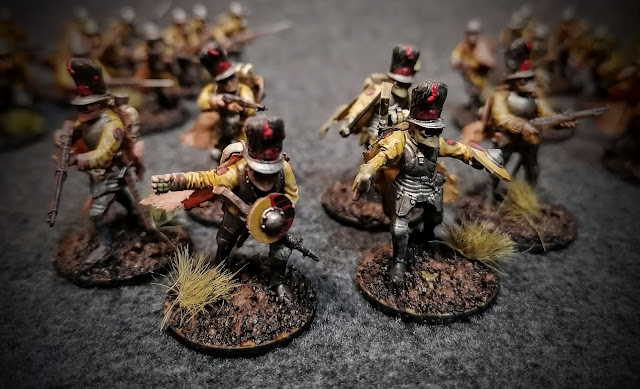 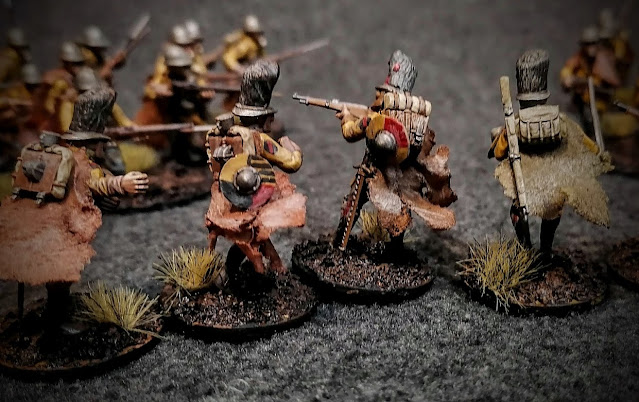 I was gifted two cool little pieces of cannon. 3d resin prints, but not fitting the style of the first guy who got them. So they were passed to me. I made the crew from bits I had. Some ww1 sergeant bodies, some napoleonic bodies (the command frame had a carpenter in apron). Found some suitable bits in the bit box. Small axes, hammers, torch, made that 'clean the cannon' thing from a spear and a bit of greenstuff. Made cannon balls with green stuff and did some hand switching.

The metal masks, whatever they are, are also from the ww1 french. Don't know what it's meant to be. Haven't seen them in real life. 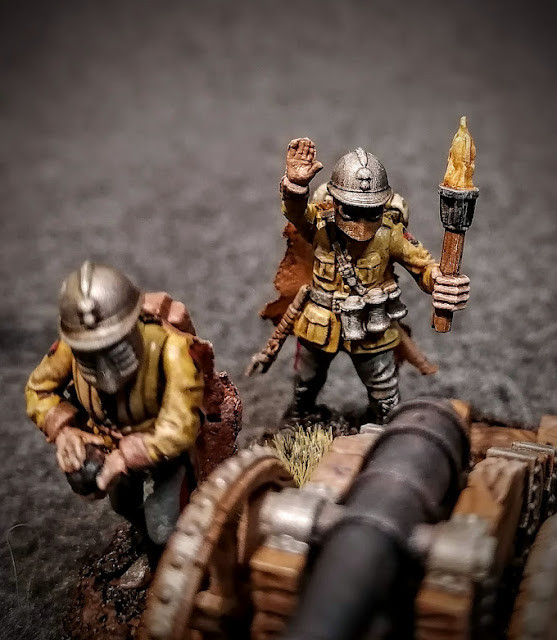 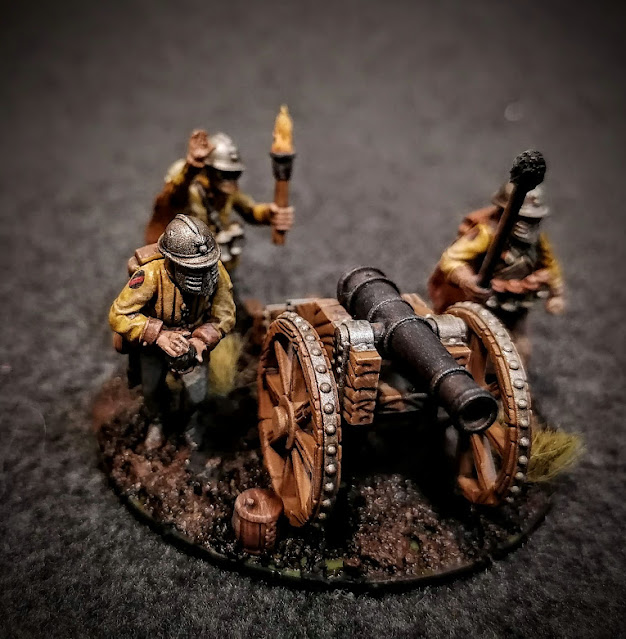 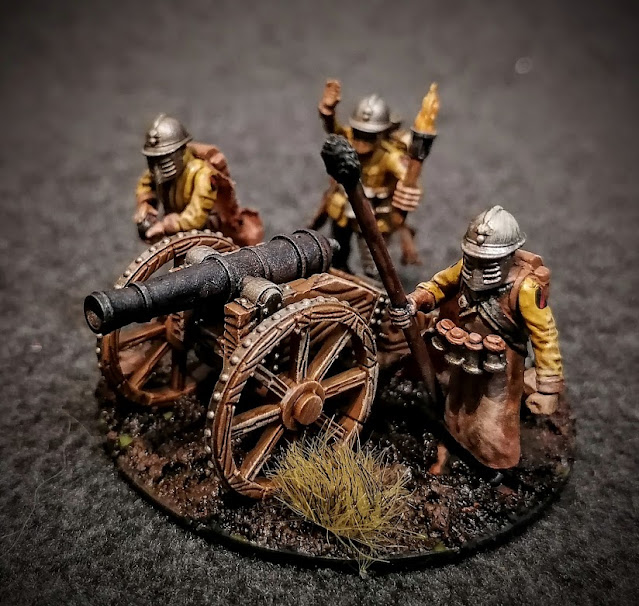 Show some love
If you want to try Sludge, then go and check it out from Wargames Vault. Blaster also contains all manner of other cool stuff.
I post lots of miniature stuff on different platforms (and use them differently), so go drop some likes and follows through Link Tree.
Posted by Bloodbeard