I'm a huge for of the cyberpunk genre and Reality's Edge by Osprey is a great sandbox. Based on the system in This Is Not A Test - that I've played a lot.

Terrain
I'll collect all the terrain post on a separate site - check out the Cyberpunk Terrain Hub. 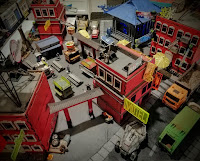 How to play
A short video going over the mechanics and rules for games.
Review
I've written a quick review of the book - you can read it here. 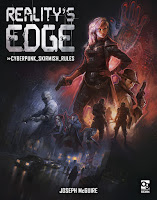